All the parties have now published their manifestos. But are they deliverable? You will find useful analysis on each one at https://fullfact.org/ , which is independent, impartial and transparently funded.

Today, Full Fact has highlighted a fact well known to People’s Vote campaigners: the Conservative Party manifesto claims on the front cover (and over 20 times elsewhere) that the Tories will get Brexit done. The only change will be that the UK officially ceases to be a member of the EU, but the claim is ‘simplistic. The Brexit process will not be completed by January.‘ The manifesto also claims that the implementation period ‘will not be extended beyond December 2020’. As Ian Dunt points out, this is a crazy claim, since trade deals usually take years – when the parties know what they want, which in this case is not clear.

Full Fact queries claims made in the Conservative manifesto on key pledges such as policing and the NHS. It also provides critical analysis of the Labour and LibDem manifestos, referring to the NHS, poverty, energy and the environment, and other key issues.

If you are reading our website, we hope that your top priority in this election is to achieve a People’s Vote. Please take a look at our tactical voting page. The information given by Full Fact suggests that no one is giving us a completely trustworthy picture of their offer.

The only reasonable certainty is that no Remain party is going to achieve a majority of seats. What could happen is that the Conservatives gain a majority. The only way we can avoid that is by voting tactically – even if that looks and feels like second best. Third best would be to let Brexit through! 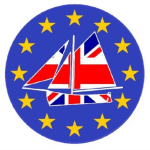